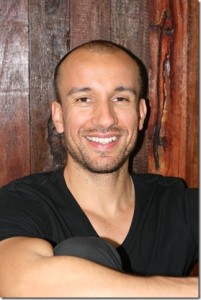 Pablo started dancing 7 years ago, in the busy Forró parties in Minas Gerais. When he relocated to Florianópolis a year later, he fell in love with Zouk Lambada. He started as a student supporter at Ateliêr da Dança where his dance vocabulary expanded and eventually he began his teaching career.

When travel came on the agenda, Pablo visited dance festivals around the world; such as Miami, Barcelona, Amsterdam and Porto Seguro. It was during this time that he discovered his current passions, Cuban Salsa and Bachata Romantica.

Pablo joined the Rio Rhythmics teaching team as a trainee in 2015 and he also uses his talents as a football coach\analyst, with the Brisbane Roar and Olympic FC.